Start of a Tech Career 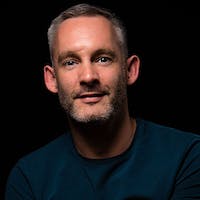 It Was Only a Hobby

I've been a techie all my life, from teenage years programming in BASIC on a battered Acorn Electron to discovering the web and making my first websites using Notepad in the 90s but it was a long time before technology became my profession. Through my 20s and early 30s I earned my crust in Customer Services, Team Management, Project Management, User Acceptance Testing and Compliance (insurance and finance industries).

In 2010 I decided to give up the corporate world and set up on my own providing Web Design, Web Hosting and Advertising Services to small businesses, some of which I'd been doing in my spare time anyway. It was quite a change of pace but I enjoyed the variety of creating solutions for different business needs, mostly front end work with the back end powered by WordPress and occasionally ASP.NET.

After eight years, I was getting restless and decided I wanted to become a better programmer. Up until now I'd been self-taught and I wanted to feel more capable and tackle more interesting problems. To meet this aim, I enrolled in the excellent Northcoders Developer Pathway course at their base in Manchester. The curriculum covered both back end and front end software development in JavaScript using Node, Express and React with a focus on Test Driven Development and Pair Programming. It was fast paced, hard work and really quite a lot of fun.

My intention had been to return to my business after Northcoders but I enjoyed joint problem solving so much I decided to look for employment, eventually settling on a DevOps position as a Site Reliability Engineer at Late Rooms.

SRE turned out not to involve that much programming, although I wrote a few small applications to help with my role, my main responsibilities were to keep a vast and ageing, traditional virtual machine based estate (old world) from falling over whilst also supporting the company's dev teams as they built a brand new product with a container based architecture in Rancher and Docker (new world).

My previous experience providing web hosting helped me much more in this role than my time programming at Northcoders but I would never have even looked for a position in DevOps had I not done the Northcoders course, so it was a great stepping stone.

SRE Team of One

SRE at Late Rooms was a steep learning curve, not long after I joined the company my boss left for greener pastures and, as he was responsible for my training, I was left with a lot of responsibility and a hell of a lot of technology to learn.

I have to thank the Late Rooms managers for their support and patience as I got to grips with running the old world estate. It was a complex system with a lot of moving parts: several hundred traditional Windows and Linux VMs, as well as AWS for secure applications that interacted with payment providers. I had to understand and support an ageing ELK stack, dying VMs, GoCD pipelines and message queues (Kafka and RabbitMQ) that processed tens of thousands of transactions per minute as we ingested live rates and room availability for hotels around the world.

Fortunately, there were some very talented people in the other departments at Late Rooms who were happy to help and/or point me in the right direction when I got stuck. Another SRE was recruited and we spent a great deal of time improving our monitoring and automating fixes for some of the more regular problems.

It was incredibly varied and interesting work. One moment I could be trying to diagnose a problem with a QA's test suite in Docker, the next getting 40 VMs running after some network blip took them out. An infrastructure update stopped a Node Red application from being able to authorise requests (request headers weren't being parsed correctly) or our ELK stack would grind to a crawl when its hardware couldn't keep up with the demand we were making on it (optimising Elasticsearch on old hardware is hard!).

Unfortunately, in August 2019, the parent company of Late Rooms (a foreign investment firm) got into financial difficulty and collapsed, taking Late Rooms down with it. Nearly 260 people were made redundant there and then. I stayed on for a week to help the administrators understand our large estate but that then brought my first SRE role to an end.

That I haven't decided. I have the option to return to freelancing, continue to pursue a career in DevOps or look for a software development role. Having an interest in all these fields makes it a difficult choice. What I do know is that the time I spent with Northcoders and Late Rooms has massively improved my skill set and made me a more confident, well-rounded tech professional. 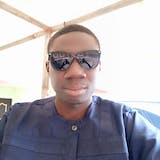 Great, thanks for sharing your experience and journey. All the best as you take the next step.